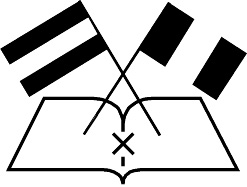 press to exit project space is inviting you to the presentation

The event is part of the second edition of the international symposium Curating Exchange 2013.

“Disputed Histories” is a collection of history textbooks (over 200 at the moment) from primary and secondary schools that have been in use in different time periods on the territory of ex-Yugoslavia. The purpose of starting this library was to be accessible to the general public, and to inspire series of workshops, discussions and new projects. Until now the project was presented in various places such as the Youth Center Crna Kuca (Novi Sad), Spaport Bienalle (Banja Luka), Knjizara of CZKD (Belgrade), NGBK Gallery (Berlin), 52nd October Salon (Belgrade) etc.

What one can discover, comparing the various textbooks, are the different interpretations of the same historical events during the time of Yugoslavia, and later presented in the textbooks of the different former Yugoslav countries. Having this is mind it’s normal to ask: How is the collective history written and what parameters are used in it’s writing? To what extent the representations of the historic events are credible or are they constructed on demands of the current state policies? To what extent is a national identity engineered and to what extent is it generated? How are we, as individuals subjects to historical events and their representations, modeled and represented in history? Or rather, how we as individuals, actively or passively, contribute to the events happening on the larger scale and contribute to creation or recreation of certain official narratives? These questions are in the core of this project. 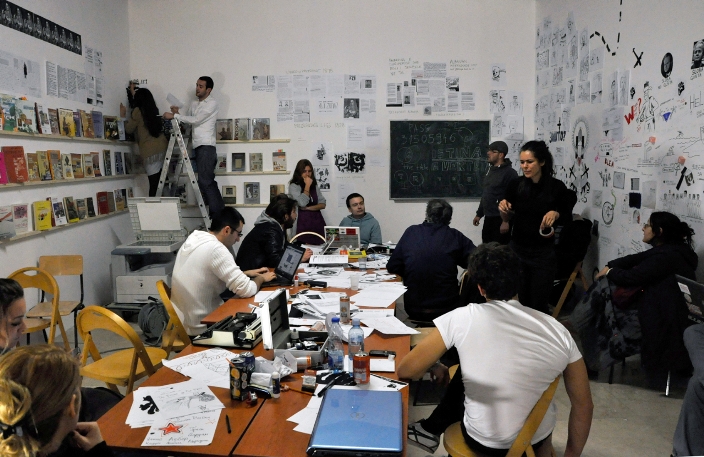 The symposium was initiated in 2012 as part of press to exit’s “Visiting Curatorial Initiative” program in order to stimulate and support research and implementation of new curatorial projects and development of ideas, as well as to address the local and regional need for an insightful and qualitative exchange of experience and knowledge in terms of artistic research, curatorial practice and education. Guest in 2012 included: Dorothee Richter, Suzana Milevska, Sofija Grandakovska, Slavco Dimitrov, Marko Stamenkovic, Antonija Majaca and Basak Senova.

More on press to exit:

press to exit was established in 2004 by artists Hristina Ivanoska and Yane Calovski as a special program-based artist initiative for research and production in the field of visual arts and curatorial practices. The three main programs of activities are: Visiting Curatorial Initiative, New Project Productions and Lectures, Publications and Exhibitions which are exploring ways of generating ideas, projects and collaborations with artists and curators form Macedonia, Europe and beyond. http://www.presstoexit.org.mk